In West Africa and the Sahel, signs of democratic progress amid continued ‘devastating’ violence: UN

In West Africa and the Sahel, signs of democratic progress amid continued ‘devastating’ violence: UN 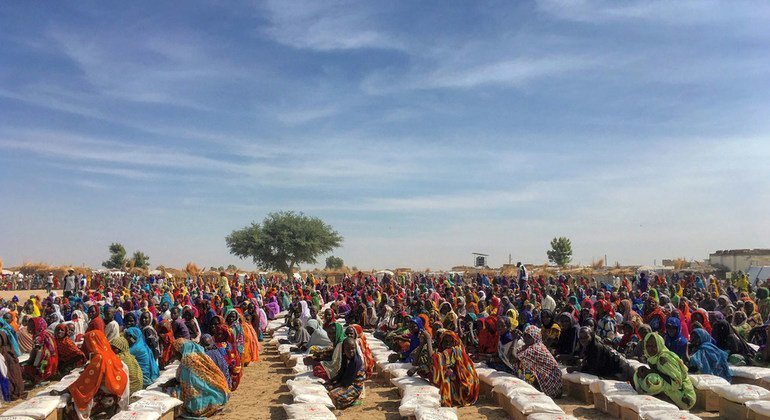 Citing the spillover of the Malian crisis into Burkina Faso and Niger, and the widespread violence by non-state armed groups throughout the region, Special Representative for West Africa and the Sahel, Mohamed Ibn Chambas, said that “the complexity of recent attacks…has had a devastating impact on local communities.”

He added that allegations of human rights violations by security forces are of deep concern as they undermine the international community’s collective efforts. “I call upon Governments of the region to prevent such violations and to bring perpetrators to justice,” he said.

In the Lake Chad Basin, despite gains made by the Nigerian armed forces and the Multinational Joint Task Force, Boko Haram and the so-called Islamic State's West African Province, remain active. To date, more than 2.3 million people remain displaced.

“The trend of Boko Haram using female suicide bombers continues,” he explained, noting that almost one in five suicide bombers is a child. Mr. Chambas called for increased financial support for the humanitarian response in the four conflict-affected countries of the region – Nigeria, Niger, Cameroon and Chad – as it remains “critically underfunded”.

The UNOWAS head mentioned that violence between farmers and herders is an increasing security threat in the region. “Farmer-herder conflicts are becoming more sophisticated and deadlier, especially in Nigeria's Middle Belt,” he said, mentioning the “scores of deaths” resulting from this conflict in June alone.

The Special Representative stressed that addressing these security challenges in the region can only be achieved with the implementation of comprehensive strategies linking security and humanitarian interventions to development and human rights initiatives.

A United Nations Integrated Strategy for the Sahel (UNISS) has been developed, along with a UN Support Plan to mobilize resources for the 10 countries covered by the UNISS.

Amid the armed violence, the last few months have seen an upsurge in popular discontent in the region manifested through often violent demonstrations calling for political and economic reforms. “We must collectively continue to urge Member States to provide an enabling environment for the exercise of the freedoms of expression and assembly which are critical in consolidating democracy and good governance”.

Citing the abolishment of the death penalty in Benin and Burkina Faso, recent elections in Guinea, the Gambia and Sierra Leone, he noted that the region continues on a positive trajectory towards democratisation.

However, “democratic gains in the region are not immune to reversal,” he stated, citing the example of Togo’s recent political crisis that led to the cancellation of parliamentary elections. “There is a need for democratic consolidation through genuine processes of national reconciliation. This should be the focus of our international engagement.”